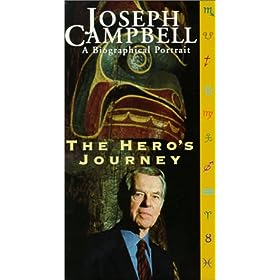 Well, just a very short time after I started using Heroku, they went commercial. Yes, after their very successful beta period, where apparently 24,999 web sites other than mine were already hosting, Heroku is now offering a paid version of their service. I had a sneak peak at the pricing a few days ahead of time, but I was not able to talk. And despite my intentions of blogging this right away, the other demands on my time have kept me occupied till just now.

Heroku is mimicking the successful "freemium" pricing plan of other services, but brings it into the Ruby web application hosting space, within some pretty generous limitations. Yes, exactly. Heroku still allows you to get started with their service at no charge at all. Wow. I do not know of any free web hosting service that does not at minimum plaster your site with hideous ads. Let alone quality Ruby hosting. Let alone Ruby powered cloud computing.

As your traffic needs increase, or database storage needs, they have a variety of pricing tiers. Thanks to a slick AJAXified pricing tool, the complexity of so many pricing options is somewhat mitigated. Plus it's fun to play with.

The evolution of most startups seems to track really well with Heroku's overall business strategy: as a customer becomes larger and more successful, their increased traffic and database needs will cause them to start paying Heroku. If your venture does not really go anywhere, it is not really taking up much in the way of resources anyhow. This aligns Heroku nicely with the needs of their customers, instead of pitting them against them trying to extract revenues too early in the growth curve.

Despite a few growing pains, they have had pretty decent uptime on my app so far. Even with my new app Thumbfight getting a few sudden traffic bursts, as well as having a major reliance on Twitter for back-end processing (more about Thumbfight in an upcoming post).

Heroku is a work in progress, but so is most everything else on the entire Internet. Heroku provides an amazingly easy and insanely cheap way to jumpstart your Ruby-based web application hosting and deployment, while still getting some real expertise. As long as you can work within their current technical limitations, for a Ruby-powered startup, I think Heroku is a great way to go.
Posted by Ron Evans at 9:28 AM