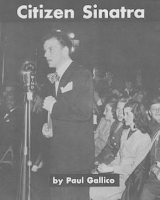 I was very happy when the next presenter at the Los Angeles Ruby Conference 2009 (LARubyConf) was Blake Mizerany, creator of the very cool Ruby micro-framework Sinatra. As long-time readers of this blog know, I am very into Sinatra.

There has been an incredible amount of work going into Sinatra lately, so I was very interested to catch up on what the team has been up to.

Why?
- small
- fast
- great rack and ruby citizen
- strong focus on HTTP
- HTTP caching helpers built in before it was cool
- content negotiation
- no boilerplate
- dead simple config when the default are not enough
- smart configuration
- DOCS- sinatrarb.com
- extending is easy
- rack is the only dependency
- very low WTF to LOC ratio (jeremy mcnally's rubyfringe talk)

when?
- a few controllers models and views
- starting any web application
- you need reusable apps and/or middleware and/or resources
- you need speed

But I want to deploy to Passenger or Heroku! No problem.

.gems is a Heruku configuaration file that will handle any needed Ruby gems installations

3 Awesome Features in Sinatra
pass - I cannot handle this request, try the next route
forward - sinatra as middle ware... done my job, let the next app take over... pop in front of rails metal
use - Sinatra loves rack so much, we made sure not to hide it

If you are doing everything with Rails, you are probably using too much for the job. Sinatra is simple, fast, and extensible. I am using it in two production applications right now, along with Rails. Sinatra handles parts of the application better than how Rails does, so that is how I roll.

Especially with the ever increasing momentum behind Rack, Sinatra is a good bet for getting things done. Combined with Rails Metal, and you really have it all.
Posted by Ron Evans at 12:19 PM