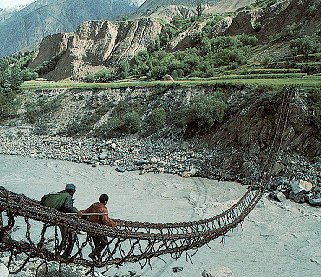 I had first heard of the PhoneGap open source framework for multiplatform mobile development last year at the FutureRuby conference in Toronto. Honestly, I did not really concentrate on all they were saying at the time, and in the flurry of info including back-to-back mobile sessions with Rhomobile, I did not fully retain a clear picture of what they had to offer. My bad.

It was not until late last year, while working on plans for a very cool mobile application, that I was reminded about PhoneGap by one of my colleagues. After a brief evaluation of their benefits vs. the other multiplatform options, we decided to use PhoneGap on this particular project. We have made some amazing progress with using PhoneGap for mobile development since then, and I thought I would share a few of the lessons learned.

First of all, a quick explanation of how PhoneGap works. Jesse MacFadyen, one of the programmers at Nitobi, the primary developers of PhoneGap, has a good blog post where he breaks down how the PhoneGap framework works on iPhone. Here is my much condensed take on what he is saying.

All of the mobile platforms supported by PhoneGap have some kind of web browser control. A PhoneGap application is a packaged up application which is a webpage or mini-website, that executes inside whatever web browser control is available on that platform. Add in a standard JavaScript API to a wrapper that accesses the device-specific functionality like GPS or the accelerometer, and you can hook up the JavaScript on your "page" to the hardware.

But don't make the mistake of thinking you should just slap together some web pages formatted for mobile. Rather, you can and must think of it as an application that is written in the form of a single web page with a bunch of JavaScript. To access server data, you will need to write some AJAX code to access the remote resources, then update your UI accordingly. The good news is you can use familiar JavaScript libraries such as jQuery to do so. We chose jqTouch to get a very iPhone-like UI.

The PhoneGap framework is under very active development. New code is being committed to their github repo frequently. As such, you really do need to have git installed, and some working knowledge of how to use it, to get things setup.

In fact, the device specific functionality for each platform is contained within the main PhoneGap git repository as a series of git submodules such as phonegap-iphone, phonegap-android, etc. This makes it all but impossible to install the latest and greatest without git. Being a git user myself, this does not pose any problem, and if you are not gitmotized yet, this is an ideal time to become so.

Here are the series of steps I followed to create my own PhoneGap project...

Anyhow, I hope this info is useful to any PhoneGap developers that want to get things setup cleanly for multi-platform mobile programming. Please let me know any feedback or improvements that people out there come up with, for this neat open source framework for doing JavaScript-based mobile development.
Posted by Ron Evans at 8:30 AM

What documentation were you able to find that was helpful? I'm struggling to get going in PhoneGap. I can't find decent docs on what API calls are available, how to use them, and sample code to show how to use them.

I understand it generates a shell for the devices that basically runs a browser, but can that also be accessible from your website?