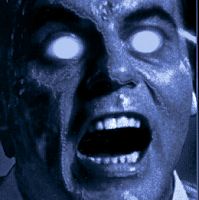 I just saw an amazing demo of communication without speaking. No, not instant messaging, or sign language. Instead, scientists at Ambient Corporation have succeeded in tapping into the nervous system that control speech, and translate that into digitized speech. Michael Callahan showed off their demo at the Texas Instruments developer conference. Wow, this is a long way from my TI-99/4!

Applications for secret agents, people who suffer from ALS, and people who cannot shut up when on the subway will be forthcoming. The quality is "at the same level of recognition as the early days of speech to text", so it will be a little while till all those people staring off into space at cafes are actually talking to someone else.

In the meantime, I would like to scan all of you in this room one at a time...
Posted by Ron Evans at 11:00 AM