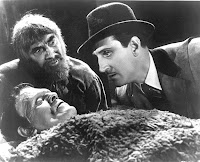 John Lam and company have finally gotten something together to release to the world at large for their IronRuby project. I have not had a chance to play with it yet, but as a hard-core Rubyist I will, of course, have to do so.

A few interesting observations from how they have chosen to go about developing this project. One is that they are distributing the source code, albeit as part of the Microsoft Permissive License. I don't really know much about this MS-license, I will have to go find out how permissive it really is.

Another interesting point, is that the IronRuby project will be managed through RubyForge, instead of CodePlex or another of the .NET open source communities. They really want to make an effort to reach out to the Ruby community, it would seem, by being in the old familiar places.

I look forward to playing with it...
Posted by Ron Evans at 8:02 AM